What Is The Abyssinian Cat Description? 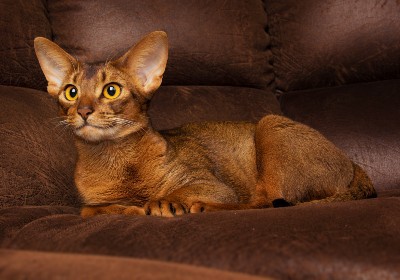 The Abyssinian cat breed is a small to medium sized feline with a slender, athletic build and a beautiful, exotic appearance. Their most distinctive feature is their short, dense coat, which is typically a ruddy, reddish-brown color and has a distinctive "ticked" pattern. This means that each individual hair is banded with different shades, giving the coat a shimmering, multi-colored appearance.

The Abyssinian is a high-energy, active breed that loves to play and explore. They are known for their intelligence and curiosity, and are always looking for new things to discover and new ways to entertain themselves. They are also very social animals, and enjoy being around people and other pets.

One of the most interesting things about the Abyssinian breed is their history. They are believed to have originated in Ethiopia, and were brought to Europe in the 19th century by British soldiers who had served in the region. It is thought that they were originally kept as mousers and companions on ships, and were later introduced to the general public as pets.

he Abyssinian breed is known for its striking good looks, and they have a unique, elegant appearance. They have a long, slender body with a well-muscled, athletic build. Their legs are long and slender, and their paws are small and dainty. They have a wedge-shaped head with large, expressive eyes and long, pointed ears.

The Abyssinian is a medium-sized cat, and males typically weigh between 8 and 12 pounds, while females are usually slightly smaller, weighing between 6 and 10 pounds. They have a medium-length tail that is usually slightly curved at the tip.

The Abyssinian breed is known for its short, dense coat, which is typically a ruddy, reddish-brown color. This color is called "sorrel" in the cat fancy, and is the most common color for Abyssinians. However, they can also be found in other colors, including blue, fawn, red, and cream.

The coat of the Abyssinian is soft and silky to the touch, and is relatively easy to groom. They do not require frequent bathing, and are generally low maintenance in terms of grooming. However, they do shed their coat regularly, so it is important to brush them at least once a week to remove any loose hairs.

In terms of personality, the Abyssinian is a highly intelligent, curious, and energetic breed. They are known for their playfulness and love of exploration, and are always looking for new things to do and new ways to entertain themselves. They are also very social animals, and enjoy being around people and other pets. 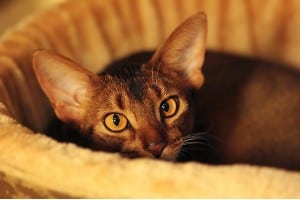 However, like all cats, they are prone to certain health issues such as dental problems and urinary tract infections, and it is important to keep an eye on their health and take them to the vet regularly for check-ups and vaccinations.

Overall, the Abyssinian cat breed is a beautiful, exotic, and intelligent breed that is known for its striking good looks and playful personality. They are energetic, active, and curious, and are always looking for new ways to entertain themselves and explore the world around them.

They are also very social animals, and enjoy being around people and other pets. If you are looking for a high-energy, active, and intelligent feline companion, the Abyssinian may be the perfect breed for you. 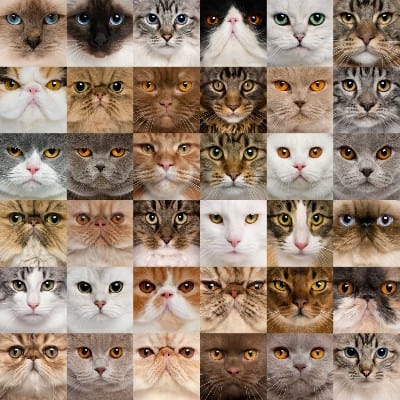